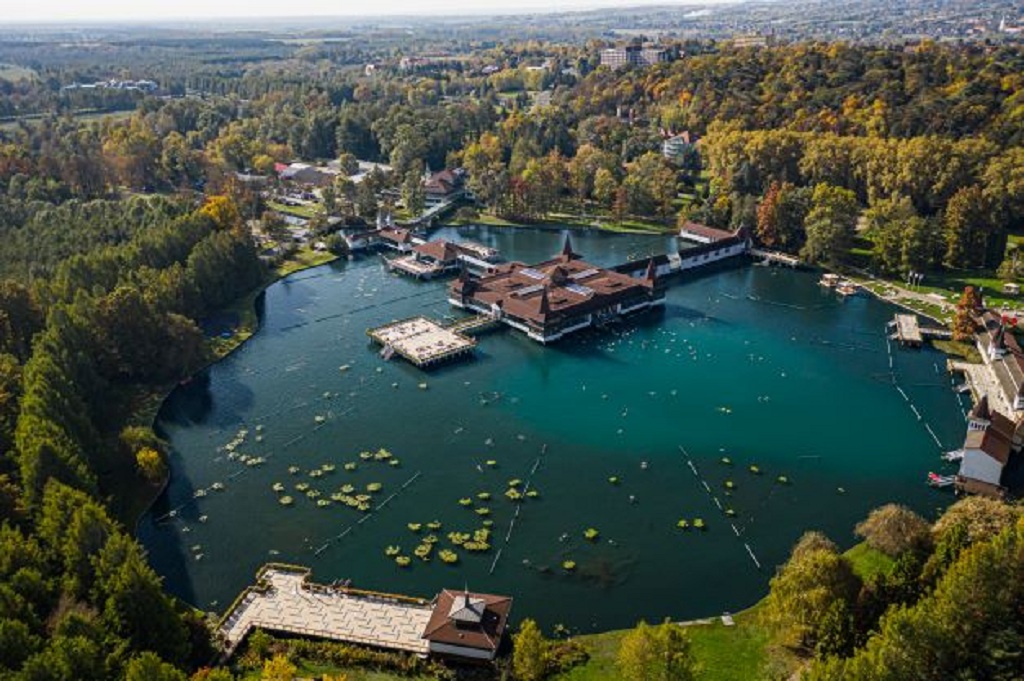 (Photo: Hungarian Tourism Agency)
This year, for the first time, Hungary will participate in the Termatalia exhibition, where visitors will be able to get acquainted with the country's unique range of spas and thermal baths, as well as its extensive spa treatment facilities.

This year’s Termatalia exhibition, which will showcase the latest developments and trends in health tourism, opens on September 29 for the 20th time, and it will give visitors a taste of the rich range of spa and recreational experiences that the country's more than 200 spas offer all year round.

Hungary's waters are unique because of their high mineral content and high temperatures. The country's favorable geothermal conditions make it rich in mineral and medicinal waters, and it has a long tradition of spa therapy. Nearly four-fifths of the country's territory is covered by thermal water and, and it has the fifth best geothermal potential in the world after Japan, Iceland, Italy and France.

In the form of bathing, all thermal waters in Hungary are recommended for the treatment of musculoskeletal complaints, as well as for prevention and recreation. In addition, some medicinal waters can also be used in the form of baths or drinking cures for dermatological, gastrointestinal and other conditions. For therapeutic and rehabilitation purposes, a wide range of spa treatments using natural healing factors are available throughout the country, typically in the form of cures, such as medicinal water baths, mud baths, weight bath (which is a unique Hungarian innovation), carbonic baths, underwater jet massage or underwater group therapeutic gymnastics.

The thermal and spa experience is supported by the country's long-established spas, which are also very popular in the countryside outside the capital. The main motivation for eight out of ten foreign visitors to the countryside is to visit a spa. For them, 175 cities and towns offer 225 spas for tourism, of which 102 are certified spas, 40 are certified spa hotels and 41 are official healing places.

Budapest is the only major city in the world with more than 100 thermal springs and wells, providing a unique source of thermal water. The city has a number of spas where history comes alive during the recreational experience. The history of the Rudas Bath dates back to the Turkish era, and traditionally it is still open on separate men's and women's days on weekdays, welcoming 360,000 visitors a year. The Neo-Baroque and Neo-Renaissance Széchényi Bath is one of the largest monumental bath complexes in Europe, with 1.8 million visitors a year.

The Gellért Bath, with its spectacular panoramic view of the Danube, is a national monument, partly thanks to its unique Zsolnay porcelain decorations. It is also home to the world's first wave pool with 650,000 visitors a year. Aquaworld, which is very popular among families, is visited by 700,000 people a year, has a year-round aqua park with direct hotel access and a wide range of wellness services.

Among the popular rural destinations, Lake Hévíz is the world's largest biologically active natural thermal bathing lake, with a 4.4-hectare bathing complex. Its waters rise to the surface from 38 meters and have a temperature of 24-36°C, depending on the season. The lake-bed is covered with medicinal mud, which is an important ingredient of treatments. Hévíz Lake Spa is a four-seasonal health resort offering a range of 4-5* hotels. 70% of the resort’s visitors are from abroad, with more than 1.1 million overnight stays per year.

Log in to view complete information:
Forgot your password? Click here HERE
For free test use, click HERE
Latest
Most read
NBS Raises Key Policy Rate to 5% 08.12.2022.
American Company Rivian Opens Technological Center in Belgrade 08.12.2022.
Direct Flights to Budapest from Belgrade 17 Times a Week in Summer Season! – Air Serbia Also to Start Operating Direct Flights to Ankara and Izmir 08.12.2022.
New Silk Road – Gebrüder Weiss to Expand Its Logistics Center in Tbilisi 08.12.2022.
Kolubara B Project Not to Be Abandoned? – Changes to Spatial Plan of Kolubara Basin Mention Construction of New Block, But Also Strategic Partnership and Reservation of Space for Solar Power Plant 07.12.2022.
American Company Rivian Opens Technological Center in Belgrade 08.12.2022.
What the Wave of Russian Emigration Brings to Serbia and Its Economy – New “White” Russians or Regular Economic Nomads? 02.10.2022.
Rajac, the Harvest and the Investors – Bangladeshi Company Which is Building the Dhaka Subway Wants to Build the First Hotel, Price per Are Growing 14.11.2022.
Weather
Weather forecast